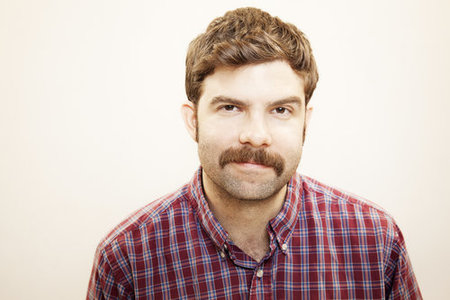 Goulash Comedy and Good People Brewing Company are excited to bring you one of the funniest comedians in the country, Jono Zalay, to the patio on Thursday, October 24th, 2019 for FREE!!

Jono began his standup career in Boston, while simultaneously earning his Doctorate in Neuroscience (he gave cocaine to rats). Since dropping his science hobby to pursue comedy full time, Jono has been named one of Comedy Central’s ‘Comics to Watch,’ and earned international press for his pranks on the DMV. Jono now lives in Los Angeles where he has written comedy for Fox, Amazon, and Comedy Central. He has been featured in over 30 comedy festivals around the country including Bridgetown, Big Sky, Limestone, and New York Comedy Festival.

Opening up for Jono on the show will be the hilarious Kristin Rand (High Plains Comedy Fest, Variety) and Chris Ivey (Book of Ye Podcast, Birmingham Comedy Festival) The Show is completely free, but you can reserve your seat in the ticket link.