Fresh from his critically acclaimed 84 minute stand-up performance film America Is the Greatest Country In the United States (Netflix, 2017), Judah Friedlander makes his return to Atlanta & debut at Highland Ballroom as part of his Future President world tour. Featuring all new material, Judah’s new show is hilarious, profound satire on America, the world, and all its human rights issues. With crazy dead-pan one-liners and uproariously engaging, innovative crowd work, Judah will tell you why he should be the future President of the United States - and will invite you to ask him questions about his Presidential platform. As a comedian, Judah is anti-establishment, never preachy, and unlike anyone you’ve seen. In addition to his 30 year stand-up career, Judah has acted in over 30 films including his acclaimed performance in American Splendor, plus roles in The Wrestler and Meet the Parents. His hundreds of TV appearances include 7 seasons on the multiple Emmy award-winning 30 Rock. Judah has made two books: the instructional & inspirational karate book How To Beat Up Anybody & his book of cartoons & drawings If the Raindrops United. Don’t miss these rare Atlanta appearance from a master comic at the top of his game. 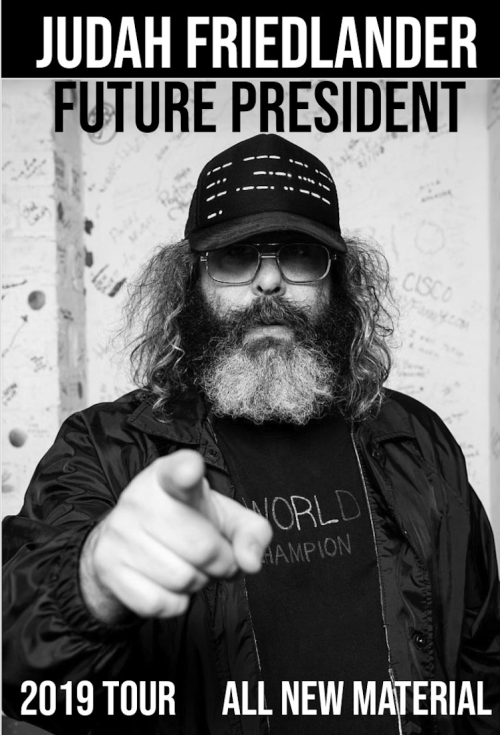