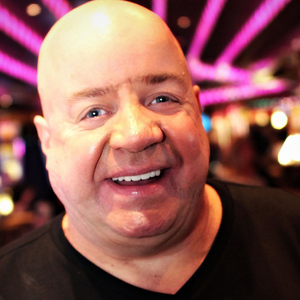 Mutzie in the Parish FRIDAY SHOW

Mutzie in the Parish FRIDAY SHOW

Mutzie is bringing his international mutible award winning show back home where it all started 30 years ago. On FRIDAY AND SATURDAY SEPTEMBER 13TH AND 14TH at 9 pm each night you can witness what over 50 million people have seen on national television and over 1 million people have seen live, A gut busting laugh out loud laugh riot from start to finish. Mutzie has a very unique family friendly style that is loved by all ages and demographics. Mutzie has improv skills that are second to none. You never know whats coming , but you know it's coming.

Mutzie has appeared on 6 seasons of BET'S Comic View, Club Comic View, The Comic View All Stars and The Best of Comic View. Mutzie was named New Orleans Entertainer of the year twice and performed 65 cruises a year for 6 straight years for Carnival Cruise lines.

Brandon Tartikoff - Former president of NBC once stated " If I had to hire two comedians, I would hire Mutzie twice.'

BUY YOUR TICKETS NOW BEFORE IT SELLS OUT !!