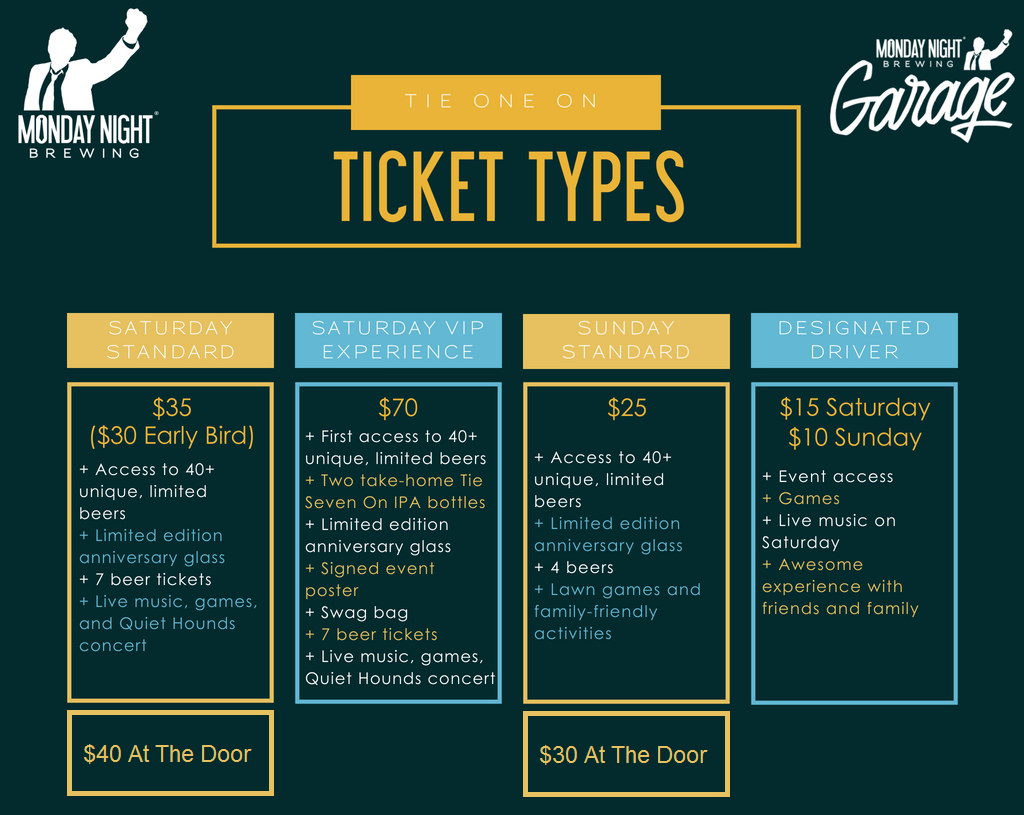 + A variety of fresh, local food available for purchase from on-site vendors

Note: Credit/debit cards only for additional purchases. No cash, please.

We're excited to celebrate our 7th anniversary with you at the Garage, our barrel-aging and souring facility located in the West End. Don't miss this two-day celebration, featuring over 40 unique beers, awesome live music, delicious local food, games, live t-shirt printing and more. Make sure you purchase for the correct day, as the party will be on both Saturday and Sunday. Saturday is strictly 21+ and Sunday is family-friendly.

Here's what to expect:

Additional drink tickets available for purchase on-site for $3 each (8oz of core or 4oz of speciality per ticket).

Note: Subject to change - we're planning on adding some more.

About the Tie 7 On Anniversary Bottle

Tie 7 On is a 500ml limited release Double Dry-Hopped Wild IPA. This scrumptious, slightly soured IPA is brewed with seven grains, hop additions, and strains of yeast. Limit (4) per person.

PLEASE NOTE: NO CASH WILL BE ACCEPTED FOR DRINKS, DRINK TICKETS OR MERCHANDISE. CREDIT/DEBIT CARDS ONLY.

The Garage is within walking distance of the West End MARTA Station, and is also located along the new Westside BeltLine trail. Parking is available on-site, but we encourage you to take advantage of ride-share services. Travel safe!